December 02, 2019
On Thanksgiving day, MeshCentral got a major new update with the release of the next-generation Mesh Agent that has been over 4 months in the making. When installing MeshCentral v0.4.5-b or higher, the server will automatically update all agents with the more capable next generation agent. Probably the most awaited feature that comes with this agent is the new remote desktop privacy bar. When enabled, this displays a bar at the top of the remote device when doing a remote desktop session indicating that the system is being remote controlled and by who. In addition, the terminal was significantly improved for the latest Windows10 along with wall paper toggling and more. In details:
This entire release is due to the hard work of Bryan Roe who, for the last 4+ months has been working on this new agent. The features above are not all that of the new things this latest agent can do, more to come in the coming weeks. In addition to all this, the agent got significant bug fixes, logging support and stability improvements. 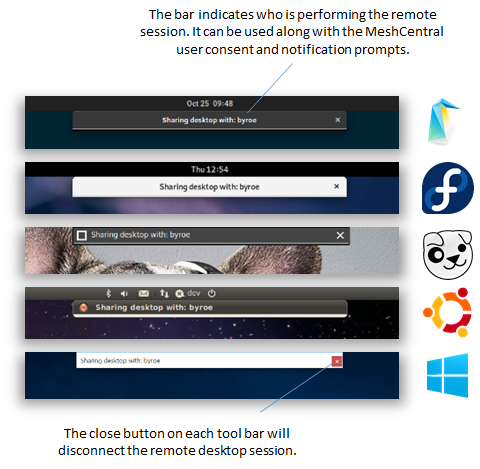 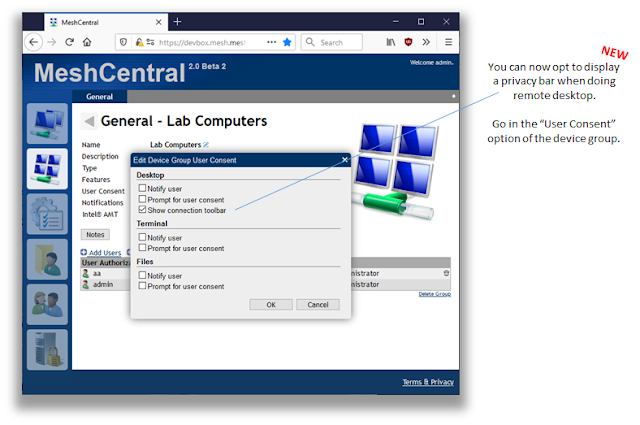 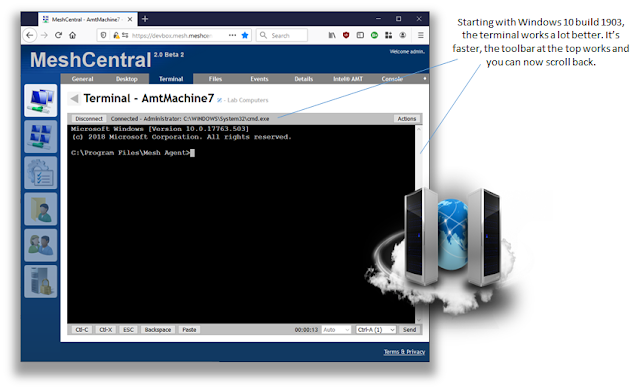 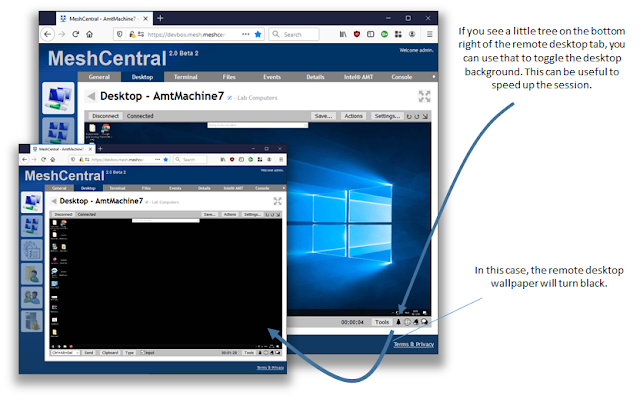 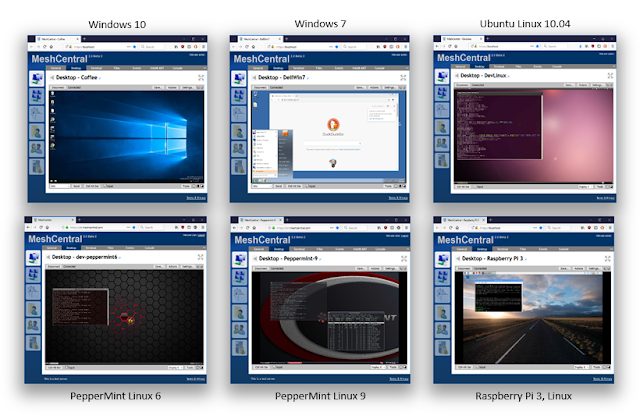 In addition this week:You can now Shift-Click on a device in MeshCentral to open it in a different tab. This has been an often request…
Read more 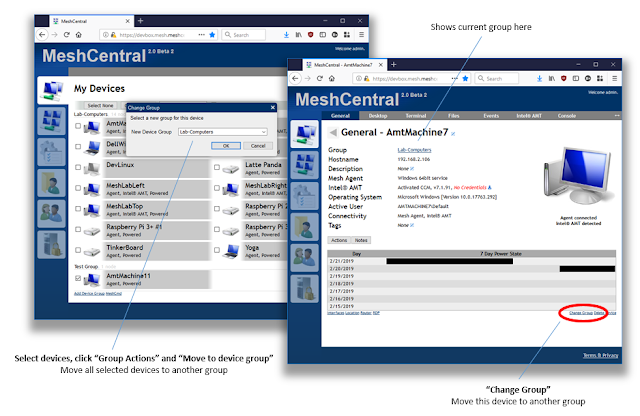